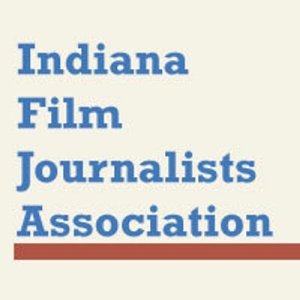 (This is my take on the year’s winners. The formal press release can be found on IndianaFilmJournalists.com)

The results are in and I’m happy to report that Lady Bird, the little engine that could, deservedly ran over the competition in 2017. I wasn’t part of the vote this cycle since I’m the newest member of the IFJA, but had I been in the Situation Room, Lady Bird would have been the film I’d championed. It’s as great, profoundly personal, and utterly specific as you’ve heard.

The rest of the list included a few peculiar yet no-less deserving winners, as per usual for the group. The late Harry Dean Stanton pulled off the “upset” for Best Actor in Lucky, and the heavily neo-noir Western influenced Logan came out with the win in Best Adapted Screenplay.

Personally, I’d have challenged the inclusion of Three Billboards Outside Ebbing, Missouri and The Last Jedi in the Top 10 list; the former is a terrible attempt at deconstructing racism/authoritarianism and the latter has a minor fault for every two strokes of genius. One flat-out bad and a few mediocre movies took the place of really excellent, challenging, thoughtful pieces of cinema. More deserving films are out there to be seen: A Ghost Story, Okja, The Big Sick, The Lost City of Z, Only the Brave, Wonder Woman, Baby Driver, and Good Time. I’ve yet to see Call Me By Your Name, but I feel its omission could be a big mistake. Time will tell.

Having said that, I’m happy with the way things shook out, and although accolades don’t matter much in the grand scheme of things, we just might see the Academy Awards unfold the same way in some of the major categories. Either way, Lady Bird is a winner – garnering the most awards the IFJA has ever given to a single film – and that’s fine by me. After all, the movie is as close to perfection as it gets.

The following is a complete list of honored films:

Runner-up: The Shape of Water

Runner-up: Jordan Peele, Get Out

Winner: Andy Serkis, War for the Planet of the Apes

Breakout of the Year

Winner: Timothée Chalamet, Lady Bird & Call Me By Your Name

(As a special award, no runner-up is declared in this category.)

About IFJA: The Indiana Film Journalists Association was established in February 2009. Members must reside in the Hoosier State and produce consistent, quality film criticism or commentary in any medium.