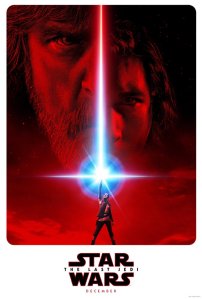 While a verifiable hit with the all-time biggest domestic weekend ever at the box office, J.J. Abrams’ The Force Awakens – the first entry in this new Star Wars trilogy – also felt entirely too familiar. It’s an enjoyable film and one that shared too many likenesses to its predecessors. It was, in short, remarkably safe. The same can’t (nor should it be) said about The Last Jedi, a massive movie that takes gigantic risks by traversing the road less traveled. What we have here is a very different Star Wars film altogether. One that doesn’t provide easy answers to difficult questions, and a story that manages to explore the far corners of different genres while maintaining a cohesive tone. I don’t love Star Wars, nor did I love The Last Jedi, but the willingness to be its own kind of unique beast is second-to-none in the series.

I’m a bit of a neophyte when it comes to the Star Wars brand, so I’ll spare you any fake attempts to name locations I don’t actually know or try to tie in material I’ve never digested. Critics more devoted to the series will no doubt give you more subjective takes; mine is an attempt to objectively judge this film’s own merits. Having said that, Rian Johnson’s The Last Jedi opens with a massive, masterful sequence as the General Leia (Carrie Fisher) led Resistance try to salvage their dwindling forces from the encroaching First Order. Poe Dameron (Oscar Isaac) fends off the enemy in his X-wing starfighter, but as we see Leia look at a screen monitoring her pilots, the lives lost visibly weigh on her heart. This blockbuster beginning puts minorities in places of power and sacrifice, effectively uses action to drive plot, and includes a “can you hear me now?” joke that establishes the movie’s frequent (and sometimes sloppy) use of humor. If you’re going to separate yourself from the canon, I can’t think of a more effective way to do so.

From that point forward, The Last Jedi follows the loops and the pulls of multiple storylines as they’re laced together into a single yarn. And for the very first time, the film takes place directly after the events of the previous entry. Rey (Daisy Ridley) pleads with Luke Skywalker (Mark Hamill) to leave his isolated island life and energize what’s left of the Resistance. Finn (John Boyega) finally opens his eyes and must team-up with the maintenance worker Rose (Kelly Marie Tran, who damn near steals the whole film). Meanwhile in the First Order, the future’s very own Machiavellian Kylo Ren (Adam Driver in a very physically devoted role) ditches his helmet and seeks to prove himself to the ghoulish, putrefied Supreme Leader Snoke (Andy Serkis). There are plenty of space operas out there that have tried to implement such a vast menagerie of characters and settings, and few have come as close to the kind of success that The Last Jedi teases its audiences with for 2 and a half hours.

However, The Last Jedi is far too long of a film, and I’d even say that 10 minutes could have probably been cut (mostly from the boorish back and forth between Rey and Luke). There’s also just too much unnecessary fluff and filler and frills. Why show Luke milking some odd creature and guzzling the drink? Why create new roles for actors like Laura Dern and Benicio Del Toro instead of challenging already established characters to be independently resourceful? And who the hell thought that Rey telling Kylo to put on more than a towel during one of their shared visions was a good idea? I liked this film, but I also believe that its unjustified length and desire to create at all costs invites a fair share of criticism. It’s bizarre to see a movie so dedicated to creating something new that’s also hindered by an obsession with the past.

As we see with Rey and Luke, conjuring the powers of the Force requires deep and steady focus. The Last Jedi doesn’t have the clear control over its clairvoyant eye, wandering around the galaxy aimlessly (to the picture’s credit though, it succeeds at knowing when to shift storylines) and clicking the all-of-the-above option with insane confidence. The film is too much to absorb for casual viewers and, quite oddly, not enough for the initiated. Some simply won’t understand bits and pieces. Others will be reasonably frustrated by the lax treatment and dismissal of major players. And I found that to be a somewhat charming, almost redemptive quality for a franchise in dire need of something new. Every so often a movie comes along that receives backlash because it’s so unexpected. The Last Jedi is just that. Perhaps its sour notes will sharpen with age.

If you’re like me and can’t quite wrap your head around film’s grueling length or augmented parts, it should still be clear as day that The Last Jedi has been shaped, directed, and championed by a great filmmaker and a student of cinema. One shot in particular, channeling the most famous scene from Oscar’s first Best Picture Wings in both execution and style, is a subtle homage with grandeur. In a fight sequence with Rey and Kylo – quite possibly the best thing I’ve ever seen in a Star Wars movie – the action is fluid and refreshing, the choreography inventive and practical. So despite the overall feel that the film is a lonely yet distinctive cog in a machine made up of many plain parts, The Last Jedi salvages the best moments of this incomplete puzzle and pieces them together with populist affirmations and sirens bellowing out last-ditch calls of hope. It’s surprising, effective enough, and sets up the saga’s final entry with something to look forward to. Here’s to hoping the last film looks closer where the Force dwells, which is within.