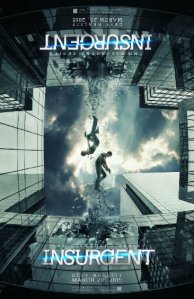 “We were never the problem. We were the solution.”

Honestly, I could not tell you what Insurgent was about if I tried. It’s hard not to feel bad for these actors, forced to fulfill contract obligations on such a terrible young adult franchise. Such a wealth of talent is just wasted here…imagine what they could be doing elsewhere. Their best acting isn’t in this unimaginative story. No, their finest moments come during the interviews for the movie’s round of press. Having to heap fake congratulatory praise onto their co-stars and the movie itself. I previously rated Divergent as a 1.5 out of 5, yet somehow this sequel still takes a bounding leap backwards. Insurgent is one of the most mindless, passive depictions of attempted revolution put on film. 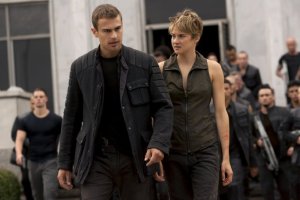 I stopped reading the series after the first book so I really can’t attest to the movie’s faithfulness to author Veronica Roth’s novel. And I can’t tell you the plot of the movie either. Mostly because there is none. Alright, technically there is a grand scheme of things, but in no shape or form is there a progressive sense of storytelling here. We’re thrust straight into the thick of things picking up where we left off last time around. Eric (Jai Courtney), the servile henchman to the tyrannical Jeanine (Kate Winslet), searches the ruins of the Abnegation faction for a mysterious box. The cube is rumored the hold a message from the city’s founders and the answer to eradicating divergence for good. Unfortunately for her, it can only be opened by a divergent (who would’ve guessed that?). 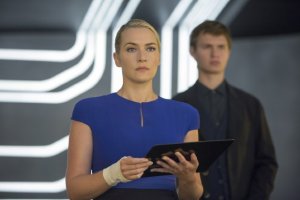 Meanwhile our leading lady Tris (Shailene Woodley), her brother Caleb (Ansel Elgort), and her lover Four (Theo James) ping-pong their way around the city. They hide out in Amity, start a fight with the Factionless, reunite with their surviving Dauntless brethren in Candor’s faction, and are finally captured and taken to Jeanine in Erudite’s headquarters. One minute we’re here and the next we’re there without any reason. Of all the movies I’ve seen so far this year, Insurgent has the most obvious void of purpose. There is no pacing or reason to care. There’s an action sequence, then exposition, then another sequence, followed by more trifling exposition. That’s the entire movie. Riveting, I know. 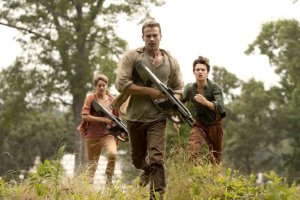 There was hope that a switch-up in the director’s chair would add more life to the franchise. Robert Schwentke certainly makes the movie look good aesthetically. The visual effects are definitely my highest -and maybe only- praise for Insurgent. You think cities were destroyed at the end of Man of Steel? Wait until you see this. It’s overblown, literally, but still enhances the action/thriller experience that was being aimed for. The real problem comes down to the source material. The series is poorly written fan-fiction at best. The storyworld is not unique and neither are the characters who live within its pages. YA franchises continue to mold themselves around classic science fiction literature, copying the manipulative and omnipresent governments seeking to control malleable citizens, save for the typical lone outlier. Insurgent goes for edgy instead of grounded in its approach and flunks terribly. 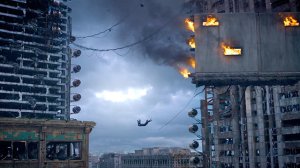 The acting isn’t bad though. How could it be? The cast is full of true veteran heavyweights as well as some of the most promising young talent in Hollywood. So then the question is, why is Insurgent so bad? I really don’t think the movies in this saga, or the books, know what they’re trying to say. I’ve spent hours of my life watching and reading this story and I could not definitively tell you why being Divergent is unacceptable. I couldn’t tell you a single character’s motives. And I sure as hell would not remember the trademark of each faction. In my review of the first chapter I wrote, “Divergent is a 140 minute music video with an $85 million dollar budget.” Sadly, I’d say the same thing this time around (except it’s a cramped 119 minutes and a bloated budget of $110 million). Insurgent ends with a gunshot, and I only wish it was aimed at the future of this meandering, obtuse, lifeless series.

“I know you’re angry, but you’re letting it consume you.”