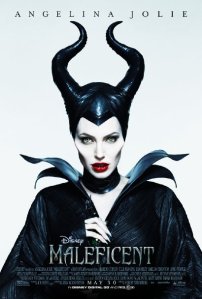 “She reveled in the sorrow that her curse had brought.”

All in all, Maleficent surprisingly is not a bad movie. At the same time, it is totally unnecessary. Disney clearly tries to take the route paved by the successful musical Wicked, and the formula apparently works. Take a classically evil, reviled character and present him / her in a new light. Certainly it’s true that there are two sides to every story. Yet that’s in no way an implication that both sides are inherently different, or that both need to be voiced. I expected the worst and came out pleasantly satisfied. Don’t mistake that as a recommendation…this is not a great movie. The story flies into your head and right back out as soon as it ends. It’s a rollercoaster experience. You don’t know what to expect, are impressed by a few daring obstacles and stunning sights, and then it’s over and you’re onto the next ride. Maleficent doesn’t resonate, but it entertains, and that’s the least it could have sought out to accomplish. 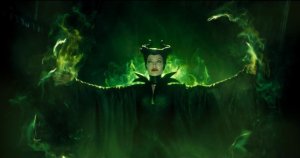 Angelina Jolie delivers a steady performance as the titular Maleficent. She’s a fairy with incomparable powers. An orphan in a land of other fantastical creatures, she comes to rule her domain, known as the Moors. Not so far away lies a kingdom inhabited by humans and their authoritarian king. For such a mystical being, Maleficent acts predominantly human. She flies about as a little girl, falls for the king’s son Stefan (Sharlto Copley), and grows into her own strong womanhood. The humans unsuccessfully attempt to invade the neighboring land and the king is defeated. His successor shall be he who kills Maleficent. Naturally, Stefan has an in with the mystical being, and due to his avarice betrays his love and cuts off her wings. He gains the assumed power kings often exude. No hatred for the humans previously existed, but now Maleficent detests them. Bitterness fills her heart. 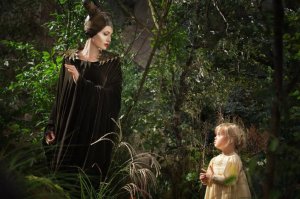 Years later, and I really don’t know how many because the time reference is so poor in the film, King Stefan has a daughter named Aurora (Elle Fanning). She’s dubbed with a curse by the horned woman in black, destined to sleep forever following her sixteenth birthday. Nothing but a true love’s kiss can wrestle her from her slumber, and only the least intelligent in the crowd wouldn’t understand that she is the one and only Sleeping Beauty. The rest of the story is actually quite a distinct concept. Don’t read too detailed of a synopsis or listen to others who have seen it. In a movie so grounded in the 1959 classic’s universe, it’s nice to watch a unique version of an old story be told. 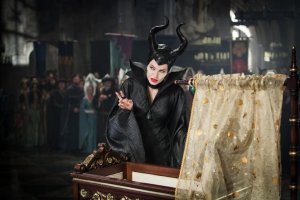 This is a great-looking movie. The landscapes are luscious and the effects stunning, besides some strangely rendered fantasy characters. I was afraid it would have the same garish look as Alice in Wonderland and Oz the Great and Powerful (luckily they didn’t have the same ostentatious art director). Jolie pulls off a difficult performance, turning a character we’ve been taught to hate into one we’re able to sympathize with. I’ve never been an Elle Fanning backer, as she always manages to make her performances feel airy and light-headed, but she actually isn’t bad here. 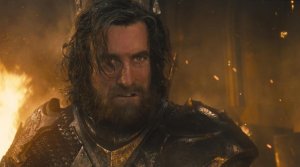 That can’t be said for Copley. As King Stefan, he completely overacts and turns a sour, power hungry man into the same broad megalomaniac we’ve seen in stories time and time again. He loves Maleficent, which is altogether too creepy to believe, and then betrays her. We don’t know why he does, why he yearns to be king, or what changes inside of him. From young to old, Stefan is literally two different characters. Not once do you connect to him. He’s a shoddy antagonist.

I’ve never been a fan of movies that mislead you with major plot twists at the film’s end. Repeated viewings normally don’t hold up. There are those that do it well like The Sixth Sense. And the many more that do it poorly, such as Identity. This new Disney film is hampered down by excessive narration that is full of shortcuts. There’s a fight in the castle that happens out of nowhere, and then it’s over. That’s when the narrator drops a pretty big bomb. I won’t directly disclose the reveal, but it changes who we think we’ve been listening to for an hour and a half. It’s as betraying to the audience as Stefan is to Maleficent. There is no point and the movie suffers because of it. Had they taken as much regard for the characters as they did the beautiful visual storytelling, we might have cared more. You won’t love it and you won’t hate it. Sometimes average is the worst thing a movie can be. There’s no stickiness factor. Maleficent is altogether just too forgettable.