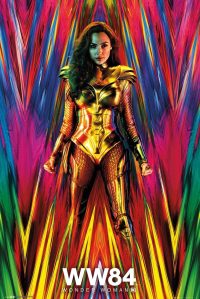 “No true hero is born from lies.”

There’s no mincing of words when it comes to the message Wonder Woman 1984 quite desperately aims to impassion and inspire its audience with, and it’s one fueled by the grave importance of the truth. The film may be too long, and a superb action sequence is muddled by real life Middle East politics, but at the end of the day it’s still a film swelling with an unwavering and almost shocking sense of servitude, of hopeful optimism, and a rooted belief that people are essentially good at their core. Say what you will, but I think this sequel is somehow better than the first, and is the blockbuster 2020 demanded. 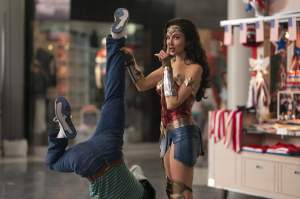 The open takes us back to Themyscira, with a young Diana facing off against grown Amazonians in a sort of Ninja Warrior contest, and it’s a thrilling reintroduction that manages to basically rely on clear action and careful editing with hardly any dialogue for nearly ten whole minutes. The point of the sequence is greatness requires patience, and it pays off when the shift swings back to Wonder Woman (Gal Gadot) fighting off a crop of presumed petty criminals in a 1984 mall, offering a “shhh” gesture and a wink towards a little girl bystander in the process. It’s a cake walk for Wonder Woman, but as the film moves forward, it’s clear that this version of Diana’s lonely life is hard on her. She remains heartbroken all these many years later, and despite her seismic strength, she’s still vulnerable to the grips of love. She’s human in that way. 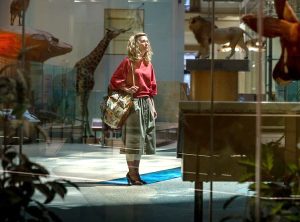 With a plot that’s mostly been kept under wraps, the only further information I can relay without spoiling the rest of the film are the new character additions. The first we meet is Barbara Minerva (Kristen Wiig), a scientist at the Smithsonian with a laundry list of credentials to her name. She’s overlooked by her new peers, castigated to the background in most social situations. Barbara doesn’t think that she matters. At least until Diana notices her, sees her, listens to her jokes. They’re friendly. But the next person to see Barbara is TV personality Max Lord (a delightfully hammed up Pedro Pascal, whose performance offers more subtlety than you think…listen to how he sounds when projecting to the masses and the slight accent when talking to his son). Max sells himself as a wealthy businessman, plastering himself on screens across the nation while offering average folks the chance to buy into the appropriately titled oil business/ponzi scheme Black Gold. Max is looking for the quick fix to finally hit the jackpot and Barbara might hold the key. 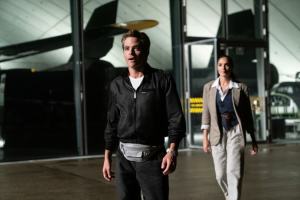 As you’ve probably seen from the trailer, Chris Pine makes his return as Steve Trevor, and I promise you that it makes sense, even if it is a bit weird when you take a second to really think about it. And it’s in his return that director Patty Jenkins makes a sharp turn away from the gloomier 2017 Wonder Woman. There’s still action scattered throughout the second act, but the film takes on a lighter tone, even making time for Pine to show his comedic chops as a fish out of water trying to make sense of the clothes, the art, the size of planes. I think anyone transplanted to the 80’s from a different era would wonder what the hell was going on. Wonder Woman 1984 takes a big risk by willfully taking on such a different tone, and it’s reminiscent of Richard Donner’s often cheesy yet mostly serious 1978 Superman flick. 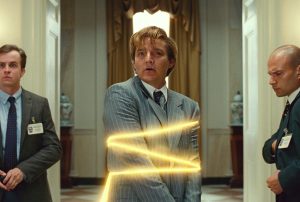 For how much I enjoyed Jenkins’ first outing with the franchise, I actually found Wonder Woman 1984 to not only be a proper sequel, but also a more complete movie. None of the action is as powerful as that legendary “No Man’s Land” sequence, and yet here it feels more character driven, showing us a new side to Diana where she’s vulnerable for the first time. And while the first film remains one of the DCEU’s best to date, it seems as though most people are forgetting just how horrible the villains were and how ridiculous the battle against the big baddie actually looked. It was clear that Zack Snyder heavily influenced the ending of Wonder Woman, and it’s even more apparent that Wonder Woman 1984 (this time we get two characters breaking bad with depth) is the work of Patty Jenkins. Hate it or love it, this is absolutely film she set out to make. 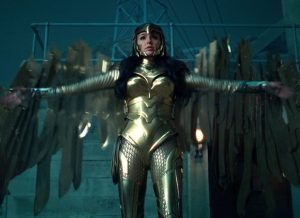 As the film comes to a close, showing an egocentric man who’s become the heliocentric center of his bought and borrowed wish-fulfillment universe, surrounded and upheld by a literal tornado of lies, Wonder Woman 1984 undoubtedly uses its massive platform to serve up a social critique. To not only offer a crystal clear rebuke of the Trump presidency (it’s terrifying that even Max Lord has more of a soul) and the many politicians who kowtowed to his every want, but to speak directly to we the people. Wonder Woman is a beacon of strength, hope and empathy in an increasingly dark world, and rather than forcing us to take her side, she pleads her case and lets her actions do the rest of the talking. To remind us that choices have consequences and that you can’t always get what you want, nor should you. It’s almost as if Mother Nature and our collective conscience are begging us to right the ship, and through the impassioned performance from Gal Gadot, Wonder Woman 1984 assures us that not only does the truth matter, but that it also sets you free. From sin, ignorance, misery. Like I said before, this is the superhero epic 2020 desperately needed, if only to remind us that beauty and brawn are secondary to kindness and character.

“You can not have it all. You can only have the truth. And the truth is enough. The truth is beautiful.”