“We all have our own cross to bear.”

While watching The Way Back, a poignant film about pain played out and confronted through the game of basketball, I couldn’t help but think of a lyric from a Mr. Rogers song. “What do you do with the mad that you feel?”, the soft-spoken philosopher asks the listener. Jack Cunningham (Ben Affleck) guzzles his mad until he can no longer feel. To the point of blind stupor, waking up to do it over again the next day, using the bottle as a spade to dig himself deeper and deeper into the pits of full-blown alcoholism. Jack is an angry man. But, as the title suggests, he is not beyond redemption. He can find The Way Back. We all can. 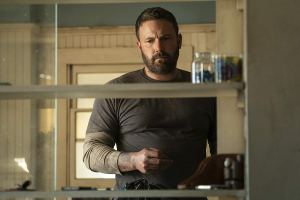 Jack Cunningham has the feel and the grizzled look of a grown-up version of Affleck’s character named Chuckie Sullivan from Good Will Hunting. Chuckie knew his life wouldn’t amount to much more than construction work and barfly Boston nights. Jack, like Will Hunting, had a winning lottery ticket. He was considered the best high school player in California, even offered a full ride to Kansas. Defiance and self-defeatism have him washed up and donning a hard hat, sipping the hard stuff from his stainless steel mug before reaching into the beer stocked cooler on the drive home. Sometimes he stops at Harold’s Place until he has to be carried up his stairs. The opening of the film can be hard to stomach, and never more so than when we watch Jack’s isolated routine in his dingy apartment. It’s like he’s playing and acting out a literal, lonely, joyless rendition of “99 Bottles of Beer.” It’s a hauntingly accurate depiction. I’ve played a part similar to this before in my own life, more times than I care to admit, and every little nuance reflects the emptiness of a man who uses the default “I’m fine” response when he so clearly is not. He lacks purpose. 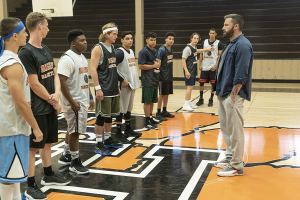 A call comes his way and suddenly the downturned ears of this middle-aged pup begin to perk up. It’s from his alma-matter: the varsity coach has fallen ill and Jack, the golden boy a lifetime ago, is at the top of their hiring list. He’s a mess and so is this ragtag squad. They’re bad. Like worst in their league bad, and Jack doesn’t do much to rally the troops from the start. But as is the case with most sports stories, he slowly but surely becomes invested in these kids, coming to care for them, and bit by bit, more for himself. Think of The Way Back as The Bad News Bears due to it’s surprising levels of comedy, as well as Hardball for its pitches of intense drama. That the film balances those tones together so well is a minor league miracle. 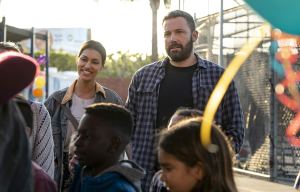 The relative newcomers on the team all play their parts and play them well, even if we don’t get to know most of them as deeply as we probably should. But that’s because this isn’t focused on the implicit intensity of Friday Night Lights, instead unfolding as a darker, more despondent Hoosiers with a flip-flopped coaching dynamic. Gavin O’Connor’s movie (co-written with Brad Ingelsby) uses the competitive nature of sport as an analogy for the battles fought in the head and the heart. Jack’s head spars with addiction. And with his ex-wife Angela (Janina Gavankar), he shares a tag-team match against the kind of unfair, incalculable loss no one person should have to endure alone. Don’t get me wrong though, because the basketball sequences are well-done and give us the kinds of moments crowds will literally clap for. Maybe the story could have ended with more closure. However, I think it finds peace in knowing that it’s finally found the path towards putting the pieces back together.

While not strictly autobiographical, it’s impossible to not see the parallels between the recently candid Ben Affleck (in a career best performance) and the trials of Jack. Frustration, grief, separation, regret. They all fuel addiction and lead to liquid therapy. Affleck has been open about his struggles and his sobriety, and it’s so very clear that he’s experienced the widespread effects of this disease – on himself and his family – in the small choices he makes. From the sudden outbursts to the twitchy hands unable to remove a key from his chain, The Way Back captures the brutality of alcoholism instead of belittling it in the way so many comedies tend to do. Watching a character up on-screen slowly tear his life apart before trying to put it back together isn’t the type of figure you want to see pieces of yourself in, but sometimes the hardest pill to swallow is the one we need most. I can attest to that, with some scenes unfolding as if I was disappointingly looking at the mirror of my own past. The Way Back assures us that the best one-man offense can’t beat a dependable team defense, whether it be on the court or in our own lives. That there’s light at the end of the tunnel if we’re willing to put in the work to get there. That fighting the good fight is worth it. Especially when you have the right people in your corner.