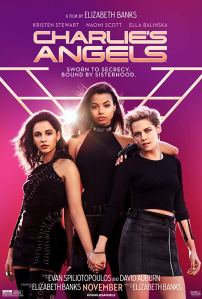 “Why is this happening?”

Similar to 2004’s reboot of Starsky & Hutch and 2005’s The Dukes of Hazzard, this altogether unnecessary revitalization of Charlie’s Angels doesn’t pack enough laughs to counter its absurdly silly plot. And while the former films performed well enough at the box office – aided by the time period’s new resurgence for nostalgia – to earn a pass for their prepacked qualities, I can’t help but believe that this new rendition has bombed mostly due to it lacking comedic star power, and also because the television to screen modernization has been done so many times before (quite more memorably at that). This sad Charlie’s Angels update is hardly ever enticing and rarely lands anywhere remotely within the realm of excitement.

So much of this Charlie’s Angels relies on pointless plot. Most everything you expect to happen does, and even the occasional attempts at surprise pack little to no shock value. Honestly, the clustered and confusing script isn’t worth trying to map out. All you need to know is that Elena (Naomi Scott) is a tech programmer who’s pursuit of justice lands her in over her head with the wrong people. There to bail her out are two Angels: Sabina (Kristen Stewart), the chameleon, and Jane (Ella Balinski), the enforcer. With the help of their own Bosley (Elizabeth Banks), the four women try to thwart the deadly use of the Calisto project Elena previously found to be such a danger. From there the picture’s about as paint by numbers as it sounds.

With the very first words spoken being, “I believe women can do anything,” Charlie’s Angels immediately establishes what this movie wants to try to be about. The franchise has always focused on championing girl power, and this modern update is no exception to the norm. However, the picture plays up that aspect too heavy-handedly, making for a generic action movie with an on the nose agenda that really doesn’t have anything original to say. It’s empowering to have an “anything you can do, I can do better mentality,” but it’s too bad the plain execution doesn’t live up to such ideals. 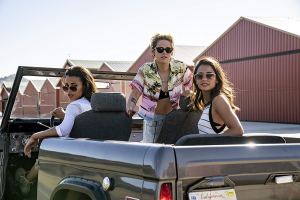 Besides a lively and playful performance from Stewart, clearly having a ball with the light-hearted material, Charlie’s Angels simply lacks anything remotely resembling a personality. The action is plain, the camaraderie worthy of a shrug, and the comedy is flatter than a pancake. When the best thing about a reboot happens to be that it doesn’t force past actors into the foray with a nod and a wink, you know there’s not much to be had. Charlie’s Angels thankfully doesn’t overstay its welcome, but even then, I can’t help but wonder why the hell it invited itself into cinemas in the first place. This is the kind of movie you watch and forget by the time you get to your car.