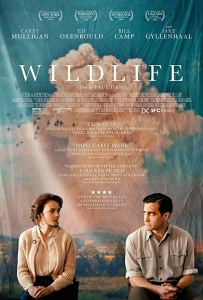 It was so easy to get bored by Sam Mendes’ 2008 film Revolutionary Road – a showcase for brilliant performers in a stodgy adaptation – because there was no access point. The picture was heavy, hard, explosive and heartless. Wildlife traverses similar territory with more ease and diligence and compassion, and this stunning portrayal of American life on the brink of collapse does its telling from the perspective of a teenager who is uncomfortably situated between two occasionally enamored, constantly embattled parents. This picture is a quintessential portrait of a prototypical nuclear family nearing implosion, as well as one of the most subtle and stirring dramas of the year.

The farther the Brinson family moves West, the further apart they drift, physically and emotionally. Jerry (Jake Gyllenhaal) wants to be the breadwinning patriarch, to be the spitting image of society’s narrowly defined gender roles in the 1960’s, but he doesn’t want to work for it either. He loses jobs quite easily, an issue that’s done no favors by his gambling or his drinking. Jeanette (Carey Mulligan) dutifully plays housewife, doing the shopping and the cooking and the cleaning. There’s a sense of unrest to her actions though, like a hamster spinning on the same old wheel who’d rather be sprinting out in the wild. And there to witness it all is their son Joe (Ed Oxenbould in his finest performance to date), a young man with a watchful, discerning set of eyes. No matter how hard they try to pretend, the Brinson home is one you’d walk into without removing your jacket; it’s unwelcoming, and if it were any colder you’d see your breath. 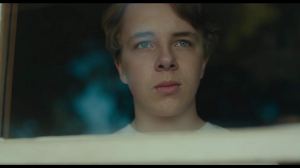 The family makes home in Montana, at least for the time being, and wildfires are raging. Jerry’s recently unemployed and leaves for a low-paying job to battle the flames while hoping to extinguish his inner demons in the process. With her husband surrounded by fire, Jeanette finds a calm position as a swim instructor, teaching folks to float, even catching the fancy of wealthy car dealer Warren Miller (Bill Camp). These temporary career choices define their ever-growing divide. What Wildlife does so beautifully, and so quietly, is use visual and narrative metaphors as a tool to further extrapolate on a family whose core slowly spiderwebs like a windshield after an abrupt hit. Why does Joe take an after school job as a portrait assistant? Because he wants to see people who are, or at least can pretend to be, at ease with each other. Why do we see him try to fix a broken toilet? Because it’s the only thing within his control. One fleeting yet impactful shot shows Joe in his room, looking at a Sun, Earth and Moon orbital, as if he’s trying to designate roles. The film is so incredibly profound through simplicities such as these. 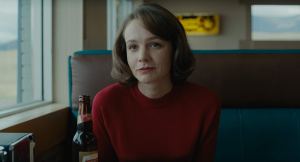 Successfully adapting Richard Ford’s book are partners Zoe Kazan and Paul Dano, both accomplished actors, with Dano tacking on the director credit through this exceptional debut effort. The two previously starred together in 2012’s Ruby Sparks (which Kazan wrote), a fantastical movie that’s comparable to an alternate version of Weird Science remade by Spike Jonze, and I saw a bit of Ruby Sparks DNA in this film. The desire to control, to manipulate, to erase entire parts of our partners that we can’t come to grips with. There are so many little observations throughout the picture that assured me I was watching a vision becoming fully realized. Wildlife shows how most children master the art form of eavesdropping and carefully closing the bedroom door behind them. How empathetic eyes can emote passion and rage and desperate pleas. What the film does best though is to separate family from the self. How do our parents behave when we aren’t around, and who are they behind closed doors? What do we do differently when parental eyes aren’t looking, and who are we really? Wildlife uses a powerful, forceful ending to attend a family meeting of sorts, capturing love and antipathy in one unnerving final image. Safe to say this one won’t make the happy photo album, but will nonetheless be forever logged in the memory banks.

“Fire can be a positive force.”