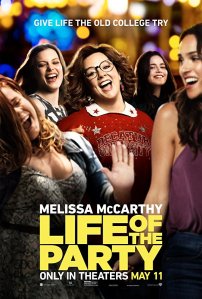 “This is not helping our process.”

About 15 minutes too long, full of a few characters/scenes which truly don’t matter, and too inconsistent with its laughs – a symptom that is the product of the two prior discrepancies – Life of the Party somehow steals our hearts through its earnest and effective effort. It’s not a bad film, nor is it a classic comedy, but I will say that this standardized story shows us something we rarely get in movies. Here, a Mother and a Daughter are each other’s biggest advocates and confidants. Life of the Party treads familiar waters, yet with this strong and surprising relationship swimming front and center, the film never drowns. Worse comedies would sink because they’d resort to kicking and flailing and screaming. This one makes it out alive, bruised and battered, because it has the presence of mind to remain calm and confidant when necessary.

Conflict and hardship double down on the midlife crisis of the housewife Deanna (Melissa McCarthy). She drops Maddie (Molly Gordon) off for her Senior year in College. As she pulls away in a vehicle leased by her Husband Dan (Matt Walsh), he abruptly asks for a divorce. He’s sleeping with a realtor (Julie Bowen, so severely underdeveloped here), and hopes to cut ties abruptly. Deanna doesn’t really have a place to go. Should she crash with Mom and Dad, running the risk of being bombarded with egg salad sandwiches and accidental inside gunfire? Or should she reapply for college at Decatur University – where Maddie currently attends – to finally finish out her Archaeology degree? Life of the Party recognizes its own part in this bizarre play, and it satisfies its audiences more than it patronizes them. An amazing comedy this is not, but it is a decent one. 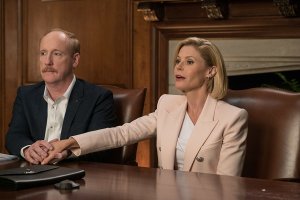 Life of the Party dresses itself as an intentionally strange, peculiar comedy, mostly thanks to the sterilized direction from Ben Falcone in his typically lackluster and underwhelming fashion; there’s really no style or originality to his choices behind the camera. Thankfully his counterpart and his wife McCarthy knows how to soften the stale formula. As Deanna, McCarthy can get on our nerves without scratching her nails against the chalkboards of college. We tolerate her antics because McCarthy can capably repackage desperation as a positive trait rather than a negative. She’s overbearing, uncool, and has sacrificed her identity for one that’s been defined by and tied to her relationships. Like Bad Moms in 2016, Life of the Party overcomes the stupidity of its antics by maintaining a maternal and nurturing method, providing comfort whilst also indulging in personal excess for the first time in years. It might not be my place to say, but I think a lot of Moms will identify with Deanna, and possibly even emulate her courage to embrace the change that comes from heartbreak and hardship. 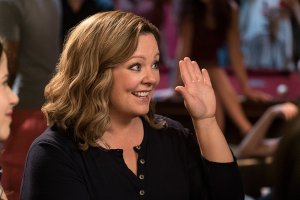 Some parts of the movie just flat-out don’t work. Jennifer (Debby Ryan) is the story’s mean girl only until she flips on a dime. Deanna’s dorm roomie Leonor (Heidi Gardner) provides some abrasive laughs but is never developed into a full person. Neither are the Sisters in Maddie’s Sorority (somewhat memorably played by Gillian Jacobs, Adria Arjona and Jessie Ennis). And neither is Jack (Luke Benward), Deanna’s boy toy who’s less than half her age. Life of the Party scribbles in the backgrounds of its big cast and rarely sheds a light on who all of these people actually are, but what makes this movie worth recommending – and seeing in theaters (I promise, you’ll laugh more with a crowd than you would at home) – is the Mother/Daughter relationship at its core. Maddie loves her Mom and invites her in on the kind of fun most college seniors imbibe in. The tequila shots, the parties, the themed costumes. Deanna adores her Daughter and envelopes her with love. She offers the girls assurance, affection, and all of the lasagna and cakes and shower supplies they might need. Life of the Party has its issues, but I was able to overlook them and enjoy what I was watching because too rarely do we witness a positive parent and child relationship in the movies, especially one as believable and convincing as the dynamic is here.

“Thank you for giving me a second chance.”