“How do we keep it running? How do we guard it?”

Few filmmakers, or even just modern artists – to my knowledge – wax poetic quite like Werner Herzog. He has a way with words, elevating the mundane and the minuscule into a communicative realm of the spiritual. Lo and Behold: Reveries of a Connected World is no exception. Herzog’s a master of documentary cinema and a journeyman through different narrative formats; he does as he pleases. With his examination of the internet’s inception, effect, and possible future, Herzog has made an informative story that drives conversation but doesn’t stimulate query. It’s a good film that is no match for some of his more staggering works. 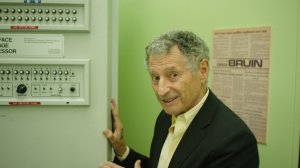 Broken down into ten different chapters, Lo and Behold ultimately serves as an epoch of the internet singling out crucial and significant periods of time. Unlike the majority of his documentary catalogue, this film primarily sticks to interview footage instead of sprawling shots or interpretive images. That’s purposeful. In one segment chronicling the downside of the internet, Herzog speaks with a family whose daughter/sister was decapitated in a car accident. The father’s email flooded with the private images from sick minded individuals. It’s hard to watch with the siblings sitting there like statues wearing black clothes and heavy mascara. Herzog stages the scene like a funeral, not forgetting to place full trays of muffins and croissants on the table for a group of people who lost their appetite long ago. It’s a powerful image.

Over the course of the rest of its runtime, the movie never really makes any sort of declaration. Why was this made? What is its purpose? Like most things on the internet, Lo and Behold only seems to exist because the topic tickled Herzog’s unrestrained fancy. It’s all over the place – a suitable attribute for a film about the net – but I couldn’t tie it all together into the manifestation of a single theme. The interviewees are normally incapable of putting terminology into layman’s terms without the director’s aid, and those moments are when the somewhat gloomy doomsday tale provides the most light. You can sense Herzog having fun behind his camera, smiling and prodding, the subjects unaware whether or not to address the camera or to look at him directly. He manipulates them, but to what effect? 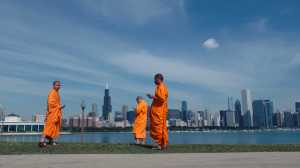 By not taking a firm stance, Lo and Behold enables us – should we want – to form an opinion. In a way Herzog serves as a moderator and presents arguments from both sides for us to sift through. From the enthusiasts to the Luddites. Whatever suits you best. However, for a film about such an expansive topic full of so many different categories, I couldn’t help but imagine that there are more interesting discussions to be had. One individual says, “computers are the worst enemy of deep critical thinking.” Lo and Behold gives us the information without sweeping us up in the supposed revery of its own disconnected universe or requiring analytical meditation.

One response to “Lo and Behold: Reveries of the Connected World (2016)”