“This story doesn’t have a happy ending.”

When it comes to cards I am a novice. Can barely shuffle, could manage to lose a game of 52 pickup if my life depended on it. Some families bond over a game around the table; mine happened to do so outside, typically on the diamond. Like the assumptions of poker, and even just gambling oriented films, Mississippi Grind allows outsiders to live it. You don’t need to know the rules or the method or the decision-making behind the game. What you need to be able to do is judge human character. To read the tell. Some movies have the right hand all along and simply play it wrong. They bluff and call and cheat themselves out of greatness. That’s not this film though. Mississippi Grind is one of 2015’s best American movies because, with its projected storyline and own slyly suggestive themes, it knows that it cannot and will not lose. It takes prowess to understand that, and bravery to follow through. Stare it down all you want. You’ll surrender to the overwhelming conviction of this movie, that I promise.

Games of chance bring out the best and the worst in us. Impossible winnings or foreseeable destitute. Mississippi Grind purposefully opens over a small Iowa farm before a rainbow magically appears on the horizon. Sometimes an omen can be good. At least that’s what Gerry (Ben Mendelsohn) hopes for. Gerry shows houses to scrape by, financing his gambling addiction for more than he’s worth. Gerry is a low man, small in stature and presumably in morals. A lone monkey in a barrel. That is until Curtis (Ryan Reynolds) spots him at a table and offers to link up. Curtis is, “from all over.” He has no tell, doesn’t care about winning, has a mouth as smart as it is fast. Curtis and Gerry are perfectly compatible opposites. Magnets of inflicted pain, sorrow, suffering. If Curtis was the one who discovered fire, Gerry would be the man by his side, manically dancing against the thrashing orange flames. Mississippi Grind may become a road movie, but the characters are so disassociated and compelling that you realize they never leave home. Their home is at the end of the rainbow, wherever that may be. 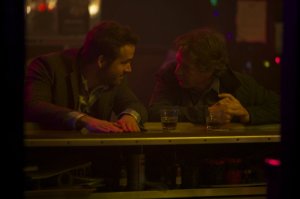 As they float down the Mississippi River, starting in the farmlands of Des Moines and hitting all the major spots until New Orleans, Gerry and Curtis become one. A two-headed monster made of a man who can’t stop and the other who simply doesn’t care. Essentially, Gerry is the Huck to Curtis’ Tom Sawyer. In a road movie of this relatively small size, the story needs exemplary and standout characters along the way. The people and interactions and locations must tell us a little something about these men. Whether that be a softness, a darkness, a blanket of insecurity. Each should have a precise purpose. Mississippi Grind works in that fashion, both with and against itself, because the outside elements may be become forgettable but also propel the two leads. The stops are a single digit to the overall combination. We’re not sure what’s inside, and still we open the door. 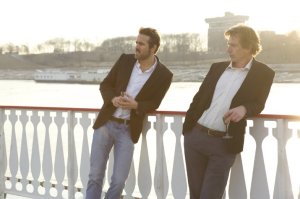 Based solely off of the script and the overall structure of the movie, there isn’t a whole lot of originality being played with here. Its narrative is nearly identical to California Split. The dramatics harken back to The Cincinnati Kid. Plot elements and characterizations feel plucked straight out of The Cooler and The Gambler. A movie built out of this many borrowed parts should feel more like the tryptophan induced nap post dinner than the Thanksgiving meal itself. The credit goes to the two leads, which I’ll mention in a moment, as well as the filmmaking tandem. Best known for their gritty 2006 feature Half Nelson (Sugar and It’s Kind of a Funny Story are no slouches either), Ryan Fleck and Anna Boden create another set of rich characters. The directing shows craft from a script that follows in the footsteps of its predecessors while managing to continually build on them. You sense the magical dread and the oppressive hope with each hit and fold and roll. Fleck and Boden have written two lost souls in the guise of grown men. And the actors find their hearts. 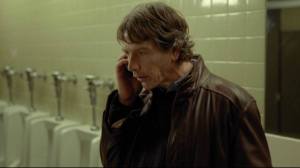 There’s good supporting work here, mainly from women who are knowingly smarter and more stable than these two hapless addicts of avarice. Reynolds is a fine actor, and recently he’s been taking roles that embrace his aggressive screen presence rather than try to mute it. With his work earlier this year in The Voices, his turn here, and the much anticipated Deadpool, he should begin to silence his critics. Curtis is the devil on Gerry’s shoulder, advising cautious tactics while admiring the destruction, and Reynolds gives just enough loudness to a character with a mean streak of enabling. Lastly, I should mention Ben Mendelsohn. This entire review could have been dedicated to his performance as Gerry. He’s the kind of guy who attempts to steal from his ex-wife’s sock drawer. He bets money he doesn’t have. He’s a bad father, a shitty friend, an unquenchable leech. Why we still root for him in the end says everything you need to know about this film. 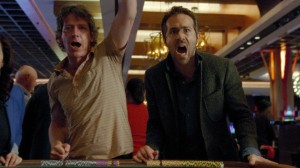 Mendelsohn is one of our best actors, gifted with a natural mastering of inflection. You may remember Gary Oldman yelling, “EVERYONE!” in Leon: The Professional. It’s a very literal line of dialogue. But from the mouth of Mendelsohn, in response to who he owes, his arms lifted with indifference, everyone sounds a whole lot more meaningful. The delivery is full of defeated desperation. We believe that he doesn’t just owe everyone in the bar; we believe he owes everyone. That to him, a man who has nothing to offer, he can still owe the world a great debt. What a tragic sense of ego that is. Few movie lines stick with you, and even fewer earn the right to be called haunting. This is one of them. As one of the better gambling movies in years, this feels good while being oh-so bad. So naughty and nice. Maybe Gerry and Curtis will somehow find the end of their rainbow with a pot of gold waiting for them. If so, will they keep it? Or will they throw it all away? Mississippi Grind has familiarity, but it keeps you guessing, and not many films you see this year will be as richly character driven. I’m all in on this one.

“The journey is the destination.”