“You’re not nobody. You’re somebody.”

The Amazing Spider-Man 2 should have been one of those movies using a colon in the title. The Amazing Spider-Man 2: The Rise of Electro / The Fall of Harry Osborn / The Peril of Gwen Stacy / The Tears of Aunt May. I could go on because the list doesn’t end there. This is a better movie than recent Marvel fare, and more enjoyable than superhero movies of late. It’s injected with laughs, drama, and thrilling action, all while missing a clear direction for the story to go. With so much going on, it can be easy to forget who the movie is even about. At times Spiderman plays second fiddle in his own story. 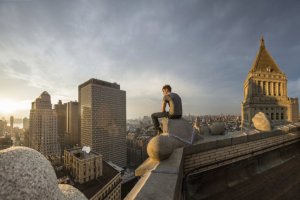 After an opening that sheds light on the deaths of Peter Parker’s (Andrew Garfield) parents, the story goes full steam ahead into his hijinks as the web slinger. See this movie on the biggest screen you can, because it is visually arresting and full of some of the best effects I’ve seen. Whereas the first installment in the franchise’s reboot felt like watching a video game, one of this movie’s greatest strengths is the animation. Spiderman, at his core, is a young kid who loves to be Spiderman. Who wouldn’t? He barrels down streets, gracefully twists and turns in the air, and yells cries of elation while slinging his way around the city. It’s fun to watch, and makes you wish you were capable of the same feats.

Take away the overload of action filled set pieces (there are so many, even for a superhero flick) and you’re left with a tender romantic drama. Peter and Gwen Stacy (Emma Stone), obviously way too old to be high school seniors, still pull us in. The pair ooze chemistry. While Peter tries to remember the cautious last words of Gwen’s deceased father, to keep his distance in order to keep Gwen safe, we secretly hope he doesn’t. They’re incredibly fun to watch. Maybe it’s because they’re a real life couple, but even with that factor, they feel like a perfect match. Overall it’s a well cast movie. 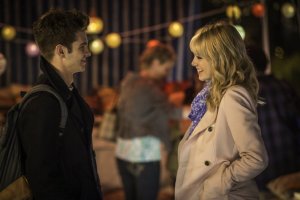 Enter Max Dillon (Jamie Foxx), an electrician at the shady Oscorp who just so happens to be saved by Spiderman early on. He’s smart and a loner, as we see him sing happy birthday to himself. A terrible accident transforms him into the electric hero, appropriately named Electro. It’s a bit bizarre how he comes to hate Spiderman. Max seems to develop a God complex for his savior, and once he’s disappointed, and has great power, he sets out to destroy his idol. Foxx does a great job morphing his character from a believable nerd into a menacing baddie. But it all happens way too fast. Electro is a fascinating antagonist, given his power in our world fueled by electricity, yet we can’t care about him because we don’t know him. Sam Raimi’s Spider-man 2 is considered a classic because the villain is a well drawn out character. We know who he is. That’s the strength of the Spiderman canon. The bad guys, for the most part, haven’t always been bad. Most of the time they are a lot like Peter himself. They just take the other path once they meet the fork in the road.

All while that is going on, we meet Harry Osborn (Dane DeHaan). His father has died and he has inherited Oscorp. Peter pays his condolences and the two hash it up. They used to be friends. Harry, battling the same incurable sickness as his dad, believes Spiderman’s blood is the key to saving his life. He’s denied, and once he learns Peter is Spidey, goes completely crazy. A better movie with a better script would have made the character feel unsettled trying to harm his dear old friend. Clearly, that’s not the case here.

If you feel a little confused reading this, it’s because that’s how the movie feels. It goes from a scene with Spiderman making witty jokes while in harm’s way straight into a melodramatic tearjerker. Like Peter, who longs for both a life with Gwen and a life in the suit, the movie can’t seem to decide what it wants to be. The highs are great, but the lows reach Death Valley type levels. Garfield, in my opinion, is a far better Spiderman and Peter Parker than Tobey Macguire in the previous trilogy. He has more range as Peter, evidenced by a number of emotional scenes in this movie, and imbues charisma into the man behind the mask. But it’s all overshadowed by things that don’t matter. Who cares if Aunt May is working doubles as a nurse? How does the mystery behind his parents’ secrets affect the story at all? And why the hell is The Rhino (Paul Giamatti) even in the movie. Seriously, it serves no purpose. Cut him and you get a movie that’s either 15 minutes leaner or 15 minutes more informative. 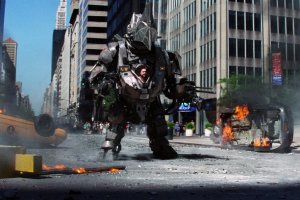 Overall it’s a good movie that could have been so much better. There’s a common saying that you can make a bad movie from a good script, but that you can’t make a good movie from a bad script. Marc Webb seems to fall somewhere in between, but his direction, from the intimate moments to the all-out, beautifully slo-mo filled action scenes, is wonderful. The script, despite its great sense of humor, is not good. Sony might have noticed had they not spent so much time marketing this film (I mean seriously, who the hell would buy this?) It certainly does not fit the amazing description, but it’s entertaining, and that’s what summer blockbusters are supposed to be. With a nice set-up for the next film, Webb might just be able to craft a Spiderman that is, well, amazing.

“Everyone has a part of themselves they hide, even from the people they love most. And you don’t have forever, none of us do.”