“It’s where my people come from.”

A few years back I literally bought into the hype of J.D. Vance’s memoir Hillbilly Elegy. Despite shelling out the money and having the book sitting within reach of my reading chair, I never felt compelled to break the binding or crack open the cover. And after watching this hapless and mostly hopeless adaptation, I’m pretty sure those pages will remain unread and unseen by my eyes. Hillbilly Elegy is too deeply formulaic, too politically problematic, and is somehow more melodramatic than watching Days of Our Lives or chaotic reruns of The Jerry Springer Show during daytime television. I honestly cannot believe that this is a real movie. It’s practically parody and it may very well be the worst film of 2020.

As is hinted at in that opening paragraph, I found this adaptation of J.D. Vance’s memoir to be a desperate depiction of the trials and tribulations he faced ascending the socio-economic ladder, all eventually taking on a lazy “woe is me” line of thinking. A young J.D. (courageously played by Owen Asztalos, admirably acting against industry titans but still delivering what is – if I’m being brutally honest – an empty performance lacking much skill), spends the majority of his time sulking and kicking and screaming. In one scene he rightfully fears for his life, convinced his recovering addict mother Bev (Amy Adams) might snap. As per usual, to the rescue comes the beloved Mamaw (Glenn Close, who’s genuinely great here despite the unconvincing makeup and costuming). In another moment later on, J.D. angrily dribbles and throws a basketball against the standalone garage door. Mamaw stops him. J.D. apologizes. They talk it out. More fights erupt like clockwork. It’s an unremarkable Old Faithful of a film; we know what’s to come and the tepid eruptions spur shrugs. As said by the band Barenaked Ladies, “It’s All Been Done.” 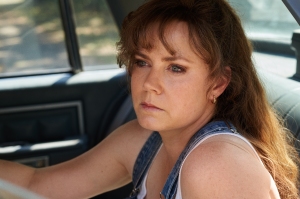 It’s almost egregious how Oscar baity the performances are from Amy Adams and Glenn Close and Gabriel Basso as the adult J.D., and yet it’s a wonder that they somehow make the roles work as well as they do. However, what they all emote physically is lessened by a poorly written script from Vanessa Taylor and the unfocused direction from Ron Howard, a filmmaker with a long career and a list of directing credits featuring less than a handful of seriously compelling pictures. Howard seems to have become what the NFL refers to as a “game manager.” He has great experience, is well-versed, and at the very least shows competence. But that doesn’t mean he won’t go 8-32 with two interceptions and five sacks either. Howard is on a great cold streak, and I honestly think 2013’s Rush and 2000’s stylish How the Grinch Stole Christmas are the only good films he’s made this millennium. That he’s been nominated for multiple Oscars – the forgettable Frost/Nixon and the stodgy A Beautiful Mind – and has won two in that timeframe for the latter is insane. 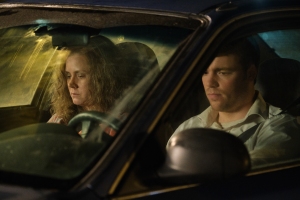 Hillbilly Elegy is a bad film for many reasons, and Howard’s lackluster direction does it no help. That he was part of the Masterclass online learning series is hysterical to me. Some folks deserve their money back. The performances are fine. The makeup is spot-on when compared to photographs but still feels and looks oddly phony side by side. The hokey score – jointly composed by the great Hans Zimmer and David Fleming – lacks any sort of identity, waffling between plucky backwoods strings and deep symphonic chords. That might make sense on paper; after all, this is the story of a man torn between two places. But much like J.D.’s personal journey, the music is an audible example of just how overwrought and incongruous this film is throughout every single frame. There’s no balance. No dualism. No yin to the yang.

I almost wish the acting had been worse, because even gifting this low of a rating still feels too high. Hillbilly Elegy is careless with its messaging about class status and the often intertwined perils of addiction, clearly has no idea how to accurately depict real poverty (those gravely uninformed credit card scenes are borderline unforgivable), and it deserves to be buried more than six feet under. It’s one thing for a film to just be bad, and it’s a whole other thing for it to be both bad and deeply disingenuous. Bring an emesis bag and wear a diaper, because Hillbilly Elegy is a diuretic piece of diarrhea. This is the crockpot dish at the family cookout that looks and smells like shit. Maybe it actually is. At least throw back some Pepto beforehand if you feel obligated to dig in. You’ll thank me later.