“I’m trying to live outside the conventional concept of time.”

For all of the messiness and the massive lapses in logic that occur early and often and throughout the entirety of Yesterday, there’s just enough to swoon over due to its sheer sense of ambition. It’s hard to not totally admire a picture with the daring and the dynamism to stand at the bottom of a mountain and envision a sun-kissed, picturesque life up in the clouds. That the imaginative, wayward and unfocused Yesterday stumbled on its trip to the summit mattered far less to me than the fact that the view from the top was underwhelming, unsurprising, and covered by a dense fog of uncertainty.

Singer/songwriter Jack Malick (Himesh Patel in a strong leading role) seems to be pointlessly plucking his guitar strings and singing to an empty crowd, but you might also notice that he’s unwittingly looking at Ellie (Lily James), his dearest friend, his number one fan, and the great love of his life. They belong together and she knows it, yet Jack’s insecurity and failures blind him from the inspiration and the partnership right under his nose. It takes something bigger to finally open his eyes. Dead set on giving up music for good, he crashes his bike during an inexplicable global blackout, waking up with two front teeth missing as well as what he’s soon convinced to be the planet’s lone recollection of The Beatles’ entire song catalog. 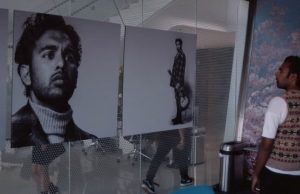 Yesterday gets by, at least for a while, on the strengths of its great original pitch and the chemistry between its two winsome leads. Patel delivers a knockout performance and Lily James, as always, has the emotional vulnerability to move you with a hopeful look or a slight quake in her delivery of a single line. They work so well together and keep the already sprite film moving at a rapid speed (Joel Fry is solid as the dependable roadie while Kate McKinnon’s punishingly terrible take as a greedy agent defies the slightest sense of nuance). But as it turns out, I was rightfully reserved when I first saw the trailer five months back, correctly calling that the film’s ability to stick the landing would make or break the entire venture. Yesterday starts out this marathon of a whirlwind journey by sprinting at an impractical pace and has none of the legs to carry the big idea where it wants to go. It’s dispiriting to watch a decent love story and a movie with a message eventually limp to the finish line.

As I feared before heading into the theater, there doesn’t seem to be much harmony between writer Richard Curtis’ soft-hearted script and the characteristically harsh direction from Danny Boyle. They’re constantly at odds. And so is the film’s messaging. We’re left wondering what the power of a piece of art or a lyric is worth without any investigation. We’re shown that with great power comes great responsibility, as long as it’s on your own terms. We are constantly hit over the head with reminders to live authentically and to love fully, but at what advantage or detriment to ourselves and to others? Yesterday has an outstanding original concept for a film, and it’s warm enough to cozy up to, but it’s really just too bad that the story itself had no idea what to do with something so intensely nostalgic and brazenly new.

“What does it mean?”