“It was just a whole different world.”

Not only do history books serve as a memory bank and an archive of the past, but more often than not they also sadly become reliable predictors of the future. Wars follow wars. Legalized slavery became illegal yet institutionalized incarceration. Innovation breeds further innovation. In the case of this truly stunning documentary, the precedent for killings on college campuses is set, and paved the way for school playgrounds to become war zones. Tower scrutinizes and personalizes how these aftereffects were spawned from the 1966 catastrophe at the University of Texas clock tower in what is now considered the first mass shooting in modern America. Do not miss this movie. 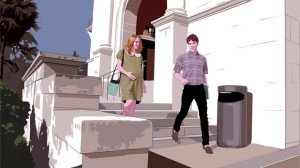 On a sweltering 100 degree day, the previously unthinkable became the forever unforgettable. Charles Whitman – a troubled 25-year-old and former Marine sharpshooter – murdered his mother and wife before taking the tower’s elevator to the 28th floor observation deck and opening fire. Students, faculty members, police officers, children riding bicycles. Any person who happened to enter his crosshair was a potential target. Tower cares about and contemplates his actions, all without indulging them in infamy, glorification or making him a headliner. Outside research tells us of Whitman’s possible mental health issues linking his barbarity to instability, which makes sense that the film never really puts his face on a poster. It does not seek to villainize or trademark his lost soul as the hallmark of evil; the movie wants to explore his actions and possibly contextualize them through the experience of the survivors. By doing so, Tower takes a long, bellowing, and intrinsically human toll. This one’s an emotional hurricane.

I’ve never seen a documentary quite like Tower before. Granted, I initially found its creative approach and the style to be a bit too impersonal and a tad pretentious. Much of the movie resembles Richard Linklater’s adaptation of the Philip K. Dick novel A Scanner Darkly. There’s amazingly candid footage of the events, interviews cast the real people at an appropriately twilight age before we actually see them in the now. Why does this movie want to look different? What does this combination add up to or aspire to? Keith Maitland’s film settles all of these small claim disputes or misinterpretations not only by staying true to his artistic sense, but by allowing the multiple techniques to express a cinematic effect. Had the much-lauded documentarian Ken Burns directed this film it’d likely have taken his typically thorough and static approach: swipes of pictures, heavy narration, and eventual tools for teachers who want a day off. That’s a clear, precise and informative style, whereas Maitland achieves something both uniquely present and cinematic, dramatizing the chaos and equating it to current events without ever exploiting the loss of human life. 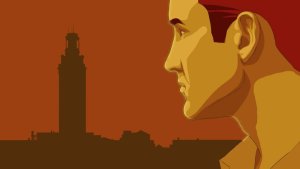 It’s rare to find a picture with the confidence and the storytelling power to employ all of Aristotle’s three “ingredients for persuasion.” Maitland has no struggle in channeling Pathos through the natural emotional trigger of lost lives. Nor does he lose balance when it comes to the Ethos, as the strength and empathy of the victims gives these people an unimaginable sense of forgiveness and tragic comprehension. But where the film resonates most deeply and what sets it apart from other tear-jerking jackhammers is that it confronts fact and fiction with absolute conviction in its Logos. In one passage, after being asked to recall the shooting an interviewee says, “How would I describe the color of a rainbow to a person born blind?” Tower probes with pathos, exudes ethos, and like that quote, triggers questioning and lasts long after the credits roll because of the wide-ranging spectrum of heroism and cowardice living within its animated logic and intellect.

“There’s a special place in Heaven for people like that.”