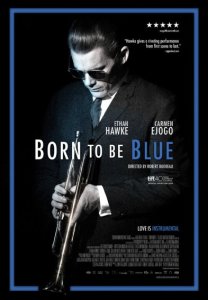 “It makes me happy…I love getting high.”

Few terms in the English lexicon match the shapeshifting f-bomb as much as the word high. Not because of an expansive list of meanings, but because of the wide-ranging underlying emotions that provoke its usage. I’ve personally only experienced it once before. A stranger strapped to my back, hurtling towards the ground below from 20,000 feet in the air. The dive paired the thrilling flood of dopamine with the most understated calmness I’ve ever felt. I suppose that’s why they call it a free-fall. And in Born to Be Blue, a disquieting yet harmoniously abstract study into the life of the late Jazz great Chet Baker, we come to understand that the temporary clutch of infatuation can easily be overwhelmed by the unrelenting stranglehold of addiction. Everyone longs for that shot of adrenaline at different costs.

What I love about Born to Be Blue is that it shies away from glamorizing the cinematic trope of the genius junkie. Interestingly enough, the story starts at one of Baker’s pitfall bottoms. 1966 Italy, Chet (Ethan Hawke) laying in a prison cell, staring into the black hole of his trumpet before a spider walks out. The shot is perplexing; a metaphor and/or a hallucination. (Side note: is that spider solitaire we see the man dealing himself later in the film?) Either way, it’s an isolating vision of common fear crawling out of Chet’s only pathway to happiness. Much of the film is ironic in that way. Wants cancel out needs. Actions dash hopes. Fears overtake realities. There’s an appeal to watching a glaring screw-up who also happens to be a nice, soft guy. Good people can have damning demons for no apparent reason. 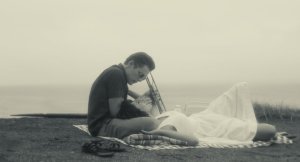 Robert Budreau’s metaphoric, autobiographical film begins in obscurity. It’s a style that enjoys the improvisation of jazz with an embellished scrutiny on celebrity. In this loose version of a prospective reality, Chet receives parole to star in the film adaptation of his own life story. A 1960’s 8 Mile of sorts. The movie never actually got made but Budreau decides to forego the restrictions and say, “what if?” It’s there, in depleted black and white, where we witness a man acting out his own past. The scenes are incongruous, hard, fawned over. Chet swoons Jane (Carmen Ejogo), the lookalike young actress who plays his ex-wife. He loses the faith of long-time manager Dick (Callum Keith Rennie). And then Chet returns to the family farm in Oklahoma. A musical prodigy adjusting to jaw pain and to dentures after being beaten by old drug dealers (in fact, Chet’s own accounts always varied in this respect). It’s heartbreaking to watch the man pump gas for a buck, and to see him wander the fields of his youth with trumpet in hand, a man-child searching for the passion for living he held as a boy. 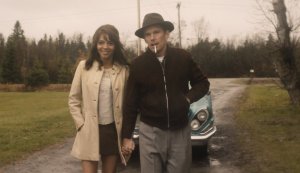 Earlier this year, the similar Miles Ahead underwhelmed me by marrying a devoted performance to a phony screenplay. A classic case of style over substance. Born to Be Blue isn’t without fault either; the relationships are dodgy and we don’t see enough of Chet’s rise to fame to justify his clamoring for a comeback. It lacks structure but makes up for every missing wall by giving us a door to open. On the other side we are greeted by master thespian Ethan Hawke. As Baker, Hawke goes for authenticity instead of trying to be the definitive performance, probably because he’s watched the 1988 documentary Let’s Get Lost and listened to the complete discography enough times to know such a task veers towards the impossible. At the stoop of returned stardom, Chet begs Dizzy Gillespie to land him a slot at Birdland, the pinnacle of jazz. “You’re not ready.” Chet rebuttals, “Miles said come back when you’ve lived a little…I’ve lived a little.” Hawke’s impassioned delivery feels every single syllable.

The fable of Faust is a common association with jazz legends, suggesting that such musical perfection can only be attained by trading ones soul to Satan. And as you’ve probably heard, the devil wears many faces. Throughout the entirety of Budreau’s film, Chet Baker’s devil is heroin (a habit he carried until his dying day). He kicked it for some time too, successfully putting down the needle with the help of methadone and the love of Jane. In the final sequence, with Hawke’s pallid face, demoralized heart, and his eyes quietly mewling with tears, we see a man of squalor torn in two. It’s pure “to be or not to be” through the mind of a possessed fanatic. Shoot up before the biggest concert of your life or walk out stone cold sober. Take it or leave it. By fulfilling every aspect of Aristotle’s “Tragic Hero,” Born to Be Blue’s sympathy allows for the briefest sense of idealistic hope, just before succumbing to the unavoidable and inexorable truth.