“Why does nobody want to show me respect?”

Ride Along 2 is a vehicle that instills truth into the phrase that respect is earned, not given. In this particular case, the movies flounders, screaming and yelling and shouting for acknowledgement rather than acquiring recognition through deserved merit. Most of it feels transposed instead of original. The jokes don’t hit, the story is bland, and it squanders away the chemistry of the leading duo by restricting their creative capacities. Worst of all, Ride Along 2, a film that should be billed as a minor motion picture, seems to thrive off of privilege. I can’t recall more than one scene. 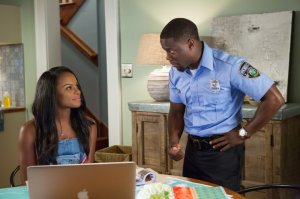 Ben Barber (Kevin Hart) is new to the force, hoping to one day become a detective like his soon to be brother-in-law James Payton (Ice Cube). An errant shot by Ben wounds James’ partner, so when an investigation into a Miami drug ring comes up, Ben happily fills the passenger seat. His time away needs to be short though; a wedding lies just days away. Like most bad action comedies, Ben’s fiancée gets to walk around in lingerie and has nothing better to do than plan her wedding without her man. Such thin writing is sexist and misconceived. Why can’t there be more to a person than that? Ride Along 2’s biggest downfall isn’t how forgettable it is, but how little effort is made to overturn the clichés we already experienced in the first movie. 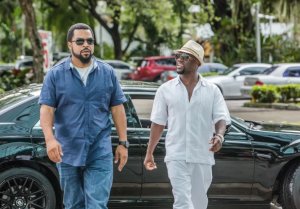 Benjamin Bratt plays the respected businessman/criminal. Olivia Munn fills the role of the attractive and stern detective. And the utterly unfunny Ken Jeong is a computer whiz with mixed allegiances. That’s really all you need to know about the cast or the story, because none of the pieces add up to anything that we haven’t already seen. Most of us are fans of Kevin Hart and Ice Cube because of their solid presence. But in Ride Along 2, the shtick becomes tiresome, mostly due the fact that these men are performers and not actors. We know Hart is going to be loud and have a little man syndrome character arc. We know Ice Cube is going to snarl behind his sunglasses and deliver his lines with attitude. Neither one cares to fluctuate from the comfort of their respective routine.

Watching the trailer for Ride Along 2 is about all you need to do. The story has no tension or dramatic peak to be found, the characters are all one-noted, and the directing ghostly. Here is a movie that you can watch with your ears. Eyes closed, hand on the intellectual remote ready to press mute when the explosions start firing and the voices reach deafening levels. Ride Along 2 won’t be the worst movie of the year, but I think that I would have liked it more if it was, because at least then I would have remembered it. With no training wheels or airbags to save it from itself, this crap cop-comedy goes in one ear and right out the other.