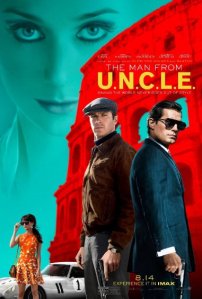 “Not very good at this whole subtlety thing, are you?”

The shortest way I could think to describe The Man from U.N.C.L.E. was the phrase “aggressively harmless.” Which, if you couldn’t tell, isn’t a good thing for an action fueled spy flick. Adapted from the 60’s series of the same name, this Guy Ritchie directed feature just didn’t deserve the big screen treatment. There’s visual pizzazz aplenty with no memorable set pieces, nothing compelling about the story or engaging about the characters, who not only lack chemistry, but have zero relational dynamic. The movie begs us to have fun. In short; all work and no play makes The Man From U.N.C.L.E. a dull film. 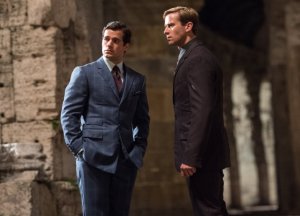 To be fair, it’s far from terrible. It’s stylish, so much so that our male counterparts constantly come across as the airheads Zoolander and Hansel equipped with gadgets and guns, critiquing each other’s ties and suits with a quip or a snarl. Their depth is almost entirely surface level. The duo consists of CIA agent Napoleon Solo (Henry Cavill) and KGB operative Illya Kuryakin (Armie Hammer). The original series was remarkable in its collaboration of U.S. and Russian spies because it was playing out in real-time; it was set in the 60’s during the 60’s. Here, with Ritchie’s flamboyant shooting style, covering a script more concerned with character interactions and witty dialogue, the end results feel clashing. The classic espionage storylines butt heads with the modern chicness to it all. 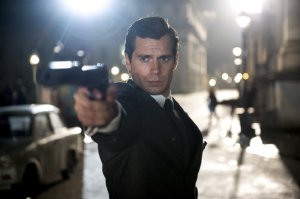 If you want to hear the story, and I emphasize hear because of the overloaded exposition, just see the movie. There’s a nuclear weapon, it’s in the wrong hands, they must recover it. The script rattles off obscure and bland Russian names without remembering or attempting to previously establish their characters. In one ear and out the other. Leave the film remembering more than 3 characters first and last names and you might classify as a savant. Granted, there are some fun pieces, especially Cavill. He’s perfectly cast here as the snooty sexual deviant Solo. Does anyone have a stronger chin than him? Hammer is tiresome though. We can feel every ounce of effort he puts into that thick Russian accent, and it zaps the energy he could’ve put into Illya’s lifeless, clenched knuckle facade. These men aren’t just mundane; they’re mannequins. 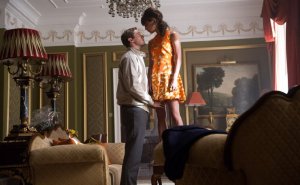 I don’t care to get into a deep articulation on Alicia Vikander’s character, mostly because the film doesn’t bother to do so either. Just know Vikander, a strikingly gorgeous woman proving to be one of her generation’s best actresses, is reduced to an object. She might as well be a Bond girl, a Honey Ryder or Dr. Goodhead or Pussy Galore. Vikander is the best performer in the entire ensemble, and yet she’s used like a statue. We observe her without knowing her. Although I’ve never been, and never plan on attending, I’d liken the film to a fashion show. It’s concerned with dress and color and material. And once it finally gets past the details, it’s showtime. Keep your tomatoes at arm’s reach, because when the lights go up, it’s time to fire.

“The fault doesn’t lie in your performance.”